Symmastia is a condition where the breast implants are too close together towards the midline. The cleavage area is tented as if the tissues in that area are separated from the sternum. It has many different names including: “kissing breast implants”, “bread loafing”, and “uniboob”.

Symmastia can be congenital which is rare, or iatrogenic where it usually follows implant surgery. 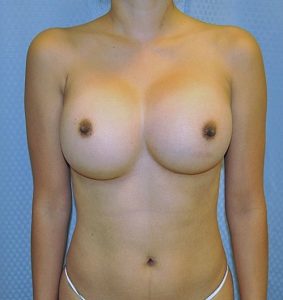 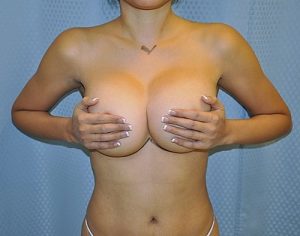 Proposed predisposing factors to this condition include: large implants in a thin patient with poor issue padding and over-dissection of the pocket towards the midline while attempting to create a better cleavage.

“Pectus excavatum”, a chest wall deformity, may give that appearance but not necessarily a real Symmastia. The depression in mid chest may cause implant shift inwards towards the midline giving the look of a symmastia. .

In my opinion, symmastia is a pocket problem rather than an implant problem. Various techniques are practiced to address this difficult condition. These mostly involve going smaller with the implants, implant re-positioning with pocket modification, utilizing the existing capsule as a flap for reconstruction, replacement of the implant in a different plane, anchoring the midline tissues down using permanent sutures. Sometimes “acellular dermis” is used to provide an additional layer of support if the tissues are thin. 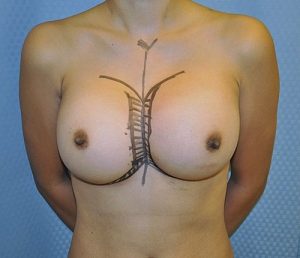 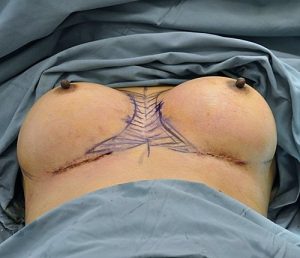 Generally speaking, I like to wait at least 3 months before considering revision. This will allow time for the implants to settle down in the pocket and for a tangible capsule to develop. Simply switching to smaller implants alone, changing the pocket plane from sub glandular to sub muscular or changing the texture of the implants will not correct symmastia.

At times, Symmastia revision may require performing surgery in more than one stage. An initial one where the implants are removed to allow the tissues to heal and then, probably 3 months later, replace the implants as a second procedure. 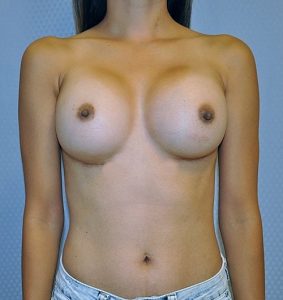 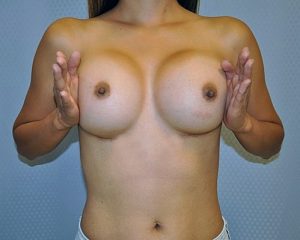 Surgeons vary in terms of their after-care protocols following symmastia repair surgery. Generally speaking, heavy weight lifting and upper body exercises are avoided for at least for 4-6 week after surgery.

A special “Bra” is provided to the patient that has to be worn for at least 6 weeks following surgery. This bra provides pressure over the cleavage area to protect the repair. 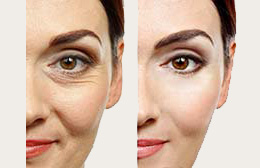